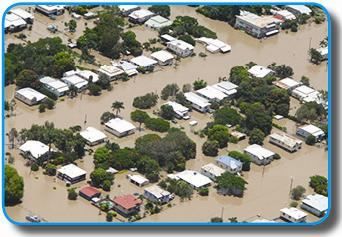 The proposed South Rockhampton Flood Levee has fallen at the funding hurdle.

The council needed funding from both the state and federal governments for the $48million project to proceed.

While Cr Strelow was left to rue an opportunity missed, she made it clear the flood levee was still very much on the radar.

But Local Government Minister David Crisafulli said Cr Strelow and the council needed to show there was a clear vision and widespread community support for a flood levee to go ahead.

“It’s up to residents, business people, community groups and local MPs to decide if the cost of building a levee is worth it,” he said.

Cr Strelow said there had been announcements of funding for flood mitigation from one end ofQueensland to the other over the past few months.

“Our bid has not made the cut this time,” she said. “We will watch with a little bit of envy as other communities build their resilience and enhance their reputations.”

Cr Strelow said this had been “a rare period in history” when a State Government was willing to fund big picture, long-term flood mitigation.

“Now that the rush of meeting the deadline for funding applications is no longer driving us, we have an opportunity as a community to take a more measured approach in planning a flood-resistant future,” she said.

“We will be releasing the final study shortly and will then work with the community to model a path forward. I am still strongly of the opinion that mitigating against flooding is our best future.”

“The overwhelming public opinion has been against this,” Cr Schwarten said.

10 Ways to Boost your Rental Return

Back to all news
Up to Date